On most CSI trips, especially where teams travel a great distance, we try to build in time to rest and explore the local sights, culture and natural beauty. As a guide drove us over the bumpy terrain lined with walls of thorns and trees, we didn’t know which way to look first. Strong armies of elephants nourished themselves in the river that draws animals here during Africa’s dry season. Clever, lunch-stealing monkeys showed off the infants that clung tightly to their mothers.

I was dazzled when a herd of elephants paraded in front of our open-topped vehicle. Juma, our driver and guide, patiently waited as CSI nurse anesthetist John Erlandson snapped magnificent photos, close enough to capture the small details of a large animal. It felt like the elephants were waving hello to us with their enormous ears! I was reduced to a state of childlike wonder when I saw a baby elephant lovingly rubbing cheeks with her mom.

Baobabs, the iconic tree known as the Tree of Life, thunder over the vista of the African savannah. They are found only in Tanzania and Madagascar, and sometimes live for 2,000 years. I didn’t know they existed outside of Disney’s Animal Kingdom. Bird houses dangled from this magnificent tree like Christmas ornaments, a novel defense to keep predators away from their eggs.

We crossed the plains of burlap-colored grass where termite mounds popped out of the ground like small volcanos. There’s not much shade here, but the little we saw were the resting places for many of Africa’s infamous Big Five (lion, leopard, rhinoceros, elephant and Cape buffalo).

The dominant force of the Big Five is the lion. Tanzania is home to about half the lion population in the world. My heart thumped as we saw two of them napping in a giant pile, then two more that sauntered across the never-ending plain. They didn’t seem to care about having spectators. Visitors are not allowed to leave the vehicles, and the animals have become complacent with the daily human activity.

For six hours we stared at the animals. As we left, the long wavy grass bid us farewell.

Posted in Tanzania | No Comments 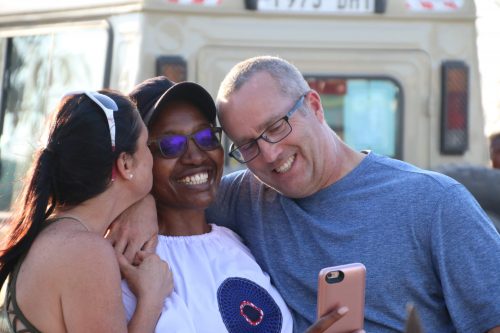 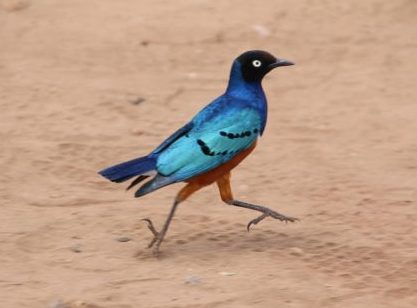