The team got down to work bright and early. Twelve surgeries were on the schedule for children ranging in age from 8 months to 16 years. As always, things changed.

Shortly after we arrived, we learned that a baby girl had been born yesterday with an omphalocele (exposed abdominal cavity). The surgical team examined her and agreed that we could add her to the schedule… today. Liberian babies are not named until they are taken home to their village, so we called her Lucia, her mother’s name. Without surgery, Lucia’s chances of survival were virtually nonexistent. She came through the surgery successfully!

In other happy news, 8-month-old Samuel stole everyone’s hearts as he waited patiently for his surgery. He was soon upstaged by his mother, Lovetee. We wish you could have seen her seemingly never-ending dance, hugging team members and thanking them when she learned that her son’s surgery was successful.

Another patient, Sackie, was born with a cleft lip, just like her grandmother. Sackie’s mother, Mary, cried and lamented when she saw Sackie’s cleft, fearing the family could not afford or find someone with the skills to repair it. They live four hours from Firestone Duside and are farmers who grow rice, peppers and plantains. She heard about CSI on the radio and emotionally shared that despite the fact that she “is scared, she gets her strength through God.”

Mercy, age 9, a cleft lip patient, tried to get into CSI in 2013 but did not qualify for surgery. Rosetta, her mother, received a call from her friend, who had heard on the radio that CSI was returning to Liberia. Rosetta came to screening with Mercy and this year received joyous news. As this post is written, Mercy is coming out of the operating room. Her operating team included Dr. Phil Chaffin, Dr. Jon Robitschek, lead anesthesiologist Craig Smith and nurse Nancy Corcoran.

Late in the day, a mom arrived with her 5-year-old daughter, Miatta. The mother, Annie, had heard about CSI at the weekly market, where she sells peppers and cucumbers. Annie’s first husband died of Ebola, and she and her two older children spent many days in the quarantine center. She is remarried and now has young Miatta with her new husband. Given that the family lives in the furthermost interior part of Liberia, it is a minor miracle that she happened to overhear at the market that CSI was performing free surgeries. She wasn’t sure of the exact days, but she walked three hours carrying Miatta to meet someone she had heard was driving to Firestone Duside Hospital, a place she had never heard of. She found a taxi and asked the driver to follow the other vehicle to Duside. Annie came up to the admitting area, and when we told her the schedule was full, she explained what she had gone through to get here. Clinical lead Lora Koppel consulted with urologist Dr. Janelle Fox and CRNA Lynn Randall to determine if we could fit her on the schedule and if she was fit for surgery. Everyone was thrilled when she was deemed ready for surgery by pediatrician Dr. Tim Wood. Within 20 minutes of walking through the door she was being prepped for surgery to repair a hernia.

Amid it all, Dr. Jon Robitschek gave a lecture on craniofacial surgeries to Duside hospital health professionals, helping fulfill our mission of education. About 25 Duside employees attended his lecture, which focused on trauma and facial defect surgical care. 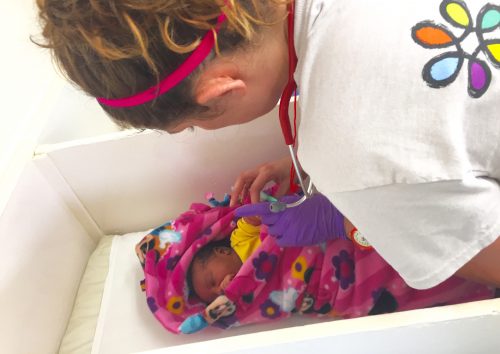 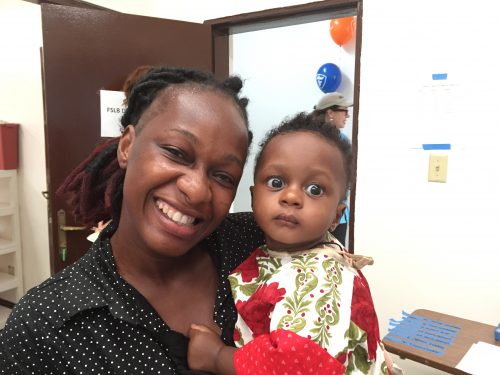 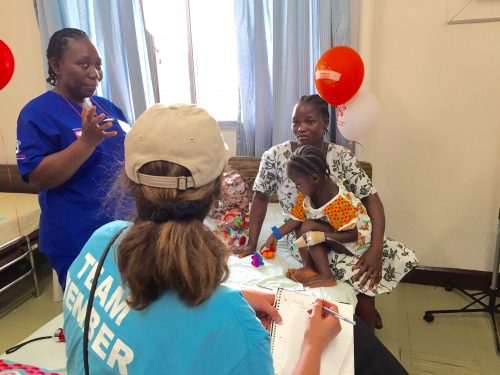 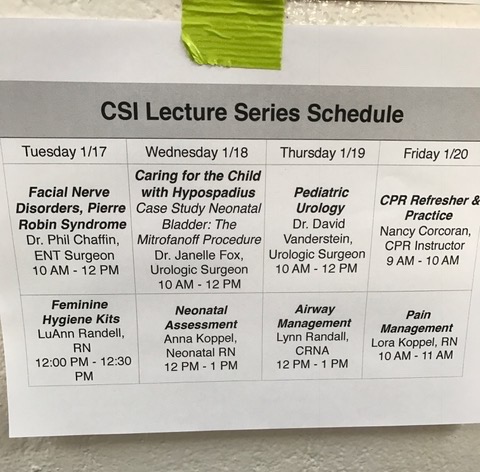