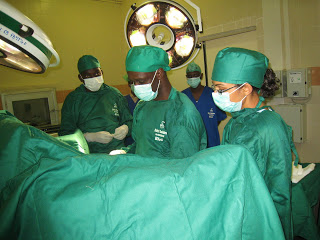 Hello All! I am back from our outreach trip to Ranerou in central Senegal. What a journey and experience this was! The drive to Ranerou was about 8 hours from Dakar, for the majority of the trip the road was well-paved and the smaller cities and villages a site to see. As we travelled further east the road became more dirt paved with various areas of construction slowing travel and requiring the expert navigation skills of our driver. Our team consisted of Dr. Niang a Urologist from Senegal and a midwife who would be working with the gynecologic team.

We arrived in Ranerou on the evening of the 25th and shared in a joint meal of rice, vegetables, and local chicken. Interestingly the meals are served in a large communal plate with each person sharing from their corner of the plate, delicious!

We met Dr. Rau who runs the hospital in Ranerou and his team of nurses and doctors as well as another physician, a professor of gynecology who works with the nurses in Ranerou regularly. On Day#1 we started the morning conducting clinic to evaluate and screen patients for surgery. We saw a variety of female patients with a number of different complaints. We found 3 women with fistulas and their stories are truly amazing. The picture below is of the women waiting in the hall outside for surgery.

The three women ranged in age from 28-40+. The first patient had been living with her fistula for 25 years without ever having an operation. She was lucky in that she was still married to her husband despite her condition. Our other two patients were divorced. One patient was 28 and had her first pregnancy at the age of 14 and subsequently developed a fistula. Our other patient had been operated on by Dr. Niang 1 year ago at another site and while her incontinence had dramatically improved she was still leaking some. Dr. Niang described that her original surgery had been very difficult as she had a complete transection of her bladder from the urethra requiring a difficult mobilization of the bladder and repair. On examination she now appeared to have only a small residual vesicovaginal fistula that could be easily repaired.

We then booked an additional few gynecologic cases and left for the city center to meet with the chief of the village to bless the opening of the new center.

Posted in Senegal | No Comments 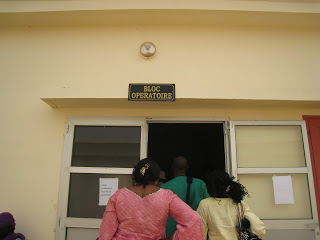 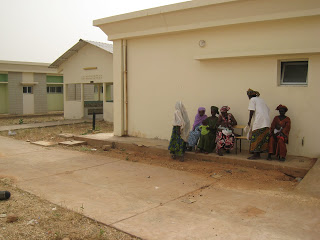 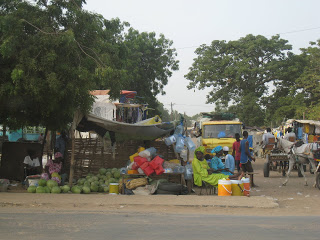